Stingrays Invade U.S. Coastline, and Not as Exotic Leather Goods! 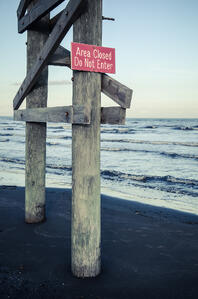 Here at Pan American Leathers, when we talk about stingrays, it is usually about how durable and versatile their hides are as a material for making a wide variety of leather goods. As an exotic hide, stingray skin is tough, being resistant to moisture damage, puncturing and scuffing.

Today, however, we’re here to discuss a problem with the stingray population itself. Namely, how they’ve invaded the U.S. coastline in recent years, becoming a serious nuisance to beach-goers on both ends of the continental U.S.

Last year around August, more than 40 beach-goers in the state of California were harmed by toxic stingrays. Meanwhile, another school of rays encroached on the coast of Alabama, causing coastal authorities to fly purple warning flags up and down the coastline. According to an article featured on the Epoch Times, there were more than 20 complaints of close contact with the stingrays in Alabama alone.

What Drew the Rays?

According to experts cited by The Daily Mail, the large school of stingrays may have been attracted to the California coastline by “warm water temperatures and lots of organisms to feed on.” No reason for the stingray incursion into the USA’s eastern coast was given in the article, but it is likely that the combination of warm water and plentiful food was a factor there as well.

With August coming soon, it may be time to be on the lookout for another major stingray incursion, especially if the waters are as warm or warmer than they were last year. According to the National Oceanographic Data Center (NODC), the average temperature of the water along the Florida coast in the month of August last year was 88 °F, and as of July 1, the water temperature is 86 °F.

If the temperature of the water stays high, we may see another major stingray incursion before long.

What Can Be Done About This? 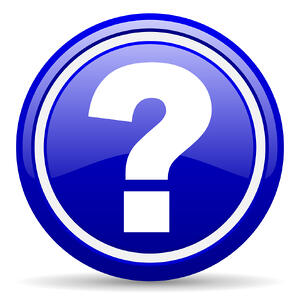 Typically, stingrays are not aggressive; they don’t go out of their way to chase and attack humans. Instead, they merely defend themselves when they feel threatened. Last year, the animals happened to be on the coast in such great numbers that people kept accidentally stepping on the rays, causing the rays to reflexively defend themselves using their toxic stings.

If the rays are present on the beach in such numbers again, the best way to avoid harm would be to use caution around the water. Instead of diving in blindly, it is advised that you shuffle your feet along the bottom of the water so as to warn stingrays of your presence and avoid surprising them.

Should you be stung, seek help right away. Even though a single ray sting is not normally fatal, the ray does inject its victims with a poison that can be very painful. Experts cited by The Daily Mail say that dousing the affected area in hot water “helps break up the protein toxin injected by the stingray.” If you see wildlife warning flags indicating the presence of stingrays, make a note of where the lifeguards and any medical facilities are located.

For most people, the above represents all that can be done about stingray-infested beaches. More active forms of stingray population control, such as allowing fishermen to harvest the animals for meat and hides, are a matter for the legislative body to consider.

However, if the fishing of stingrays were to be allowed as a way to control the risk of harm to American beach-goers and vacationers up and down the coast, it would benefit more than just those who want to enjoy a good swim.

In Southeast Asia, fishermen have harvested stingrays for centuries. The meat of these animals has been a key source of food for people living on the coast of Asia, and the skins are sold to tanneries to turn into high-value exotic leather goods. If such harvesting were to be used here, it could prove to be a boon to local businesses along the coastline.

Stingray skin, as we mentioned earlier, is a very durable and useful material. Water, fire, puncture and even abrasion-resistant, the skin of a stingray is very tough, making it ideally suited for use in items that are expected to survive hardship, such as motorcycle saddlebags and luggage cases.