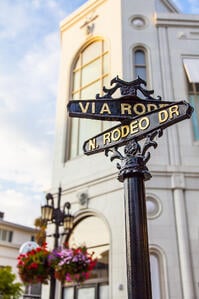 For years, alligator products have been a cornerstone of the high fashion industry. Stores in areas such as California’s Beverly Hills are touted as featuring some of America’s most comprehensive luxury and high-fashion offerings.

So, when lawmakers were presented with a choice to either pass or reject a bill that would allow stores in the Golden State to continue selling products made of alligator skins, it was kind of a big deal.

The History of the Bill

You might be wondering why it would be necessary to pass a bill to allow stores to continue selling a product they’ve carried for years. The reason is because in 1967, the American alligator was considered to be “at risk” of going extinct, so laws were passed to protect these creatures so that they would not die out. One provision of these laws in California was that endangered animals and products derived from them could not be imported or distributed within the state.

Over time, however, conservation efforts proved to be wildly successful and the American alligator went from having a population that was estimated to be only a few thousand to having a population in the millions. In 1987, twenty years after being listed as an endangered animal, the American alligator was removed from the endangered species list. Now, this animal is listed as being a “least concern” species when it comes to extinction risk.

Despite the recovery of the alligator as a species, many of the protection laws that prohibited the sale of alligator skins remained in place in California. To allow retailers in that state to sell these high-value products, a bill had to be passed in order to provide an exemption for alligators.

However, each bill that has been passed has taken the form of a temporary exemption rather than a repeal of the older law. For this reason, it is necessary for lawmakers in California to periodically assess the state of the alligator population and pass a new exemption.

The exemption for alligators was previously renewed in 2010, for a period of five years.

A Victory for the Industry

With the exemption set to expire at the end of the year, it was time for the Assembly Water, Parks and Wildlife Committee to debate whether or not to renew the bill.

If the bill failed to pass, stores would have to cease and desist the sale of any product that contained the least piece of alligator byproduct. The sheer loss of capital invested in the acquisition of these products alone would be a severe blow to the industry, and the state would lose a lot of its high-fashion business to other states which had repealed the laws decades ago when it became apparent that the alligator population made a comeback.

According to a Los Angeles Times article covering the events surrounding the bill, the testimony of alligator population experts from Louisiana proved to be especially impactful on the committee’s decision. In his testimony before the committee, Don Ashley, a consultant to the Louisiana Alligator Advisory Council, stated that “There are alligators everywhere, on golf courses and in people’s pools” in the state of Louisiana.

With the testimony and documentation provided by the alligator experts present at the committee hearing, and with the financial well-being of the state’s booming fashion industry at stake, the committee passed the bill unanimously, allowing retailers to keep selling their alligator-based products until 2020.

The decision to continue the sale of alligator based products is a victory for the fashion industry and for the exotic leather trade. It allows for the properly regulated, legal trade of alligator products and keeps high-fashion stores in business.

To learn more about exotic leathers, or to order your own alligator hides, contact us today! Pan American Leathers is here to help you with your questions and concerns.