To understand how the exotic skin trade and exotic leather market can actually be beneficial, it’s important to understand the history of the reptile trade and how that has shaped the modern market. Our industry has invested heavily over the past few decades in research and implementation of policies and procedures to make sure we are sustainable. Now, we want to work just as hard to communicate what we are doing as well as how and why we are doing it, so our customers can understand and explain it to others who may have questions or concerns.

History of the Reptile Skin Trade

Reptiles involved in the exotic leather trade come from all over the world. While alligators and crocodiles are native to the Americas, Africa, Asia and Australia, lizards are native to Africa, Asia and South America. Pythons are mostly native to Southeast Asia. While the stories of the trade of all these species vary a bit, the central themes remain the same.

First, across multiple cultures, reptiles have a place in both lore and religion. While worshiped in some regions, in others, reptiles were, and still are, hunted for their meat, skin, and skeleton for clothing, food, medicine and religious and decorative purposes.

The first records of commercial use of reptile skins in modern societies were crocodilian skins in North America in the 1800s. During and after the American Civil War, in the 1860s, there was high demand for footwear, belts, saddlebags and cases. Tens of thousands of American alligators were hunted and processed in local tanneries. Limited alligator harvesting resulted in other species of crocodile, like those found further south in Mexico and Central America, were also used. After the Second World War, and during the subsequent economic revival, crocodilian skins were again in high demand, resulting in dangerously low population levels for most of these species.

To fight for the survival of many of these threatened species, in the 1960s and 1970s, research organizations and government agencies formed with the goal of working together to identify and address detrimental harvest practices. The most impactful of these detrimental practices were:

In 1967, the alligator was put on the endangered species list. By 1971, when the Crocodile Specialist Group (CSG) began, all 23 species of crocodilian were endangered or threatened.

To respond to these concerns, sustainable use programs were developed In the 1970s and 1980s. Several changes, including harvest quotes, sex selection during harvest, and closed seasons were slowly implemented across the most affected regions. 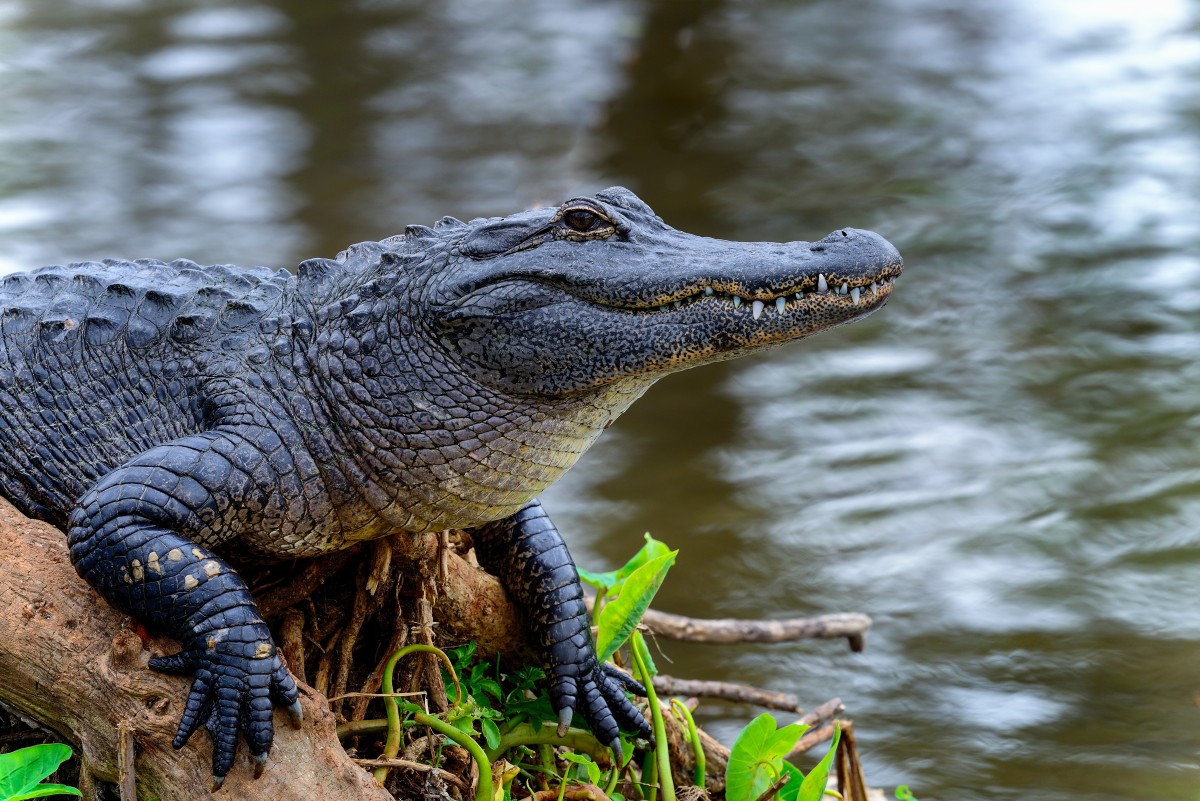 In an effort to restore the animal and the industry, researchers at Rockefeller Refuge in Louisiana developed a revolutionary program of alligator farming/ranching that removes eggs from the wild, incubates and hatches them, and then, two years later, returns between 14% and 17% of those hatchlings to the wild. Upon return, they are between three and six feet in length, healthy, and capable of defending themselves in the marsh. As a result, the percentage of returns (i.e. 14%) is greater than the survival rate for eggs left in the marsh.

Due to the success of this "conservation through utilization" program, the alligator was removed from the endangered species list in 1987. This program also set an example that inspired similar sweeping changes in the crocodile locales across the globe. In fact, by 1996, one-third of all crocodile species were sufficiently abundant to support well-regulated annual harvests and one-third of the species were no longer in danger of extinction but were not harvested. No other group of vertebrate animals has undergone such a dramatic improvement in its conservation status. Now, there are an estimated 5 million American alligators in the wild.

This transformation also necessitated and fostered the establishment of conservation groups like CITES and the Crocodile Specialist Group that have played a pivotal role protecting these species.

What is The Sustainability and Ethics Rating System?

It is supremely important to us that our business is sustainable and ethical. We want to make sure that the net result of our trade is that people, animals, and places are better off. If animals are going to be sacrificed, it needs to be for a greater good. In some places, this is the tradeoff between human safety and animal harvest, an issue that those in more developed countries and cities don’t often contend with. In short, the trade of exotic skins has been around long enough that we have had plenty of time to figure out how to conduct our business in both an ethical and sustainable manner.

To date, PanAm Leathers has been proactive about implementing ethics and sustainability standards in our supply chain, but we have not been as good about communicating that to our customers. When we sell exotic leathers, we communicate about our quality, selection and service; and our customers have always made their buying decisions accordingly. However, it is becoming increasingly important to our customers that we deliver on sustainability and ethics as well and while we have always made it an essential part of our business, we have not always been forthcoming about how much we value this aspect of the industry.

To address this, we have come up with a Sustainability and Ethics Rating System, based on the factors outlined below. To help communicate this value, we have graded each of our products and placed that grade on the product page of our website. This way, our customers can factor ethics and sustainability into their buying decisions.

Our ethics and sustainability system grades our supply chain on a variety of factors including: animal welfare, biodiversity, conservation, and animal use/meat. When it comes to tanning, we don’t grade for veg-tan versus chrome tanning. While veg-tanned leathers are generally biodegradable they don’t last as long as chrome-tanned leathers, so they are more likely to be discarded. While chemicals are bad, so is producing excess waste and disposable garments. Given the choice, we have gauged that we can mitigate more damage by reducing waste.

Finally, we don’t deal in any species that get a 0 in any of the established criteria. Even if they score perfectly in all other criteria, if they score a 0 in one, we don’t work with them. The best possible score is a 10.

Animal welfare is graded 0-2. We factor the grade based on whether or not the vendor accounts for scientifically backed standards for how the animals are treated and whether those standards are enforced as effectively as possible.

0: There are no standards in place, nor any effort underway to develop standards;

1: Standards and enforcement are being developed;

2: Standards and enforcement are already in effect.

More specifically, when it comes to exotic animals, hunting and egg collection programs are government programs scientifically designed to maintain healthy population levels, so that other species and land preyed on by the species being hunted are protected. Grading is as follows:

0: Captive-bred species from farms that we have not personally visited and are not certified by an organization like ICFA or SARCA;

1: Captive-bred species from farms we have personally visited or are otherwise certified Good farms personally inspected by us or that are certified get 1;

Conservation is graded 1-4. It is important that wild populations flourish. Nearly 6,000 species of animals and 30,000 species of plants are protected by CITES. Depending on the degree of protection they need, CITES species are broken into three categories and we grade them based on these appendices:

1: Appendix I contains species threatened with extinction under which trade is only acceptable under extraordinary circumstances. We do not grade this a 0 because the problem has been recognized and steps are being taken to address it;

2: Appendix II species are not as in danger but must be trade-controlled to prevent exploitation.;

3: Appendix III fauna and flora are protected in at least one country, and so CITES countries participate in controlling its trade;

4: Non-appendix species do not require CITES control because there is no credible threat to their survival.

Use of meat is graded 0-2. Reptiles and exotic species are a source of protein for over 2 billion people worldwide. With that said, not all meat is suitable for human consumption for health reasons.

In other cases, when governments start nuisance programs for species that have become a problem in their area, there isn’t always a market for the meat to start. This takes some time to develop. So the grading system is as follows:

0: Meat isn't used for human consumption for no good reason;

1: Meat isn’t used for human consumption for one of the reasons described above;

2: Meat is used for human consumption.

This grading system may evolve over time as we learn more and receive feedback from our customers and the broader community. Meanwhile, we hope this will give you some relevant insight. Feel free to contact us with any questions or comments. 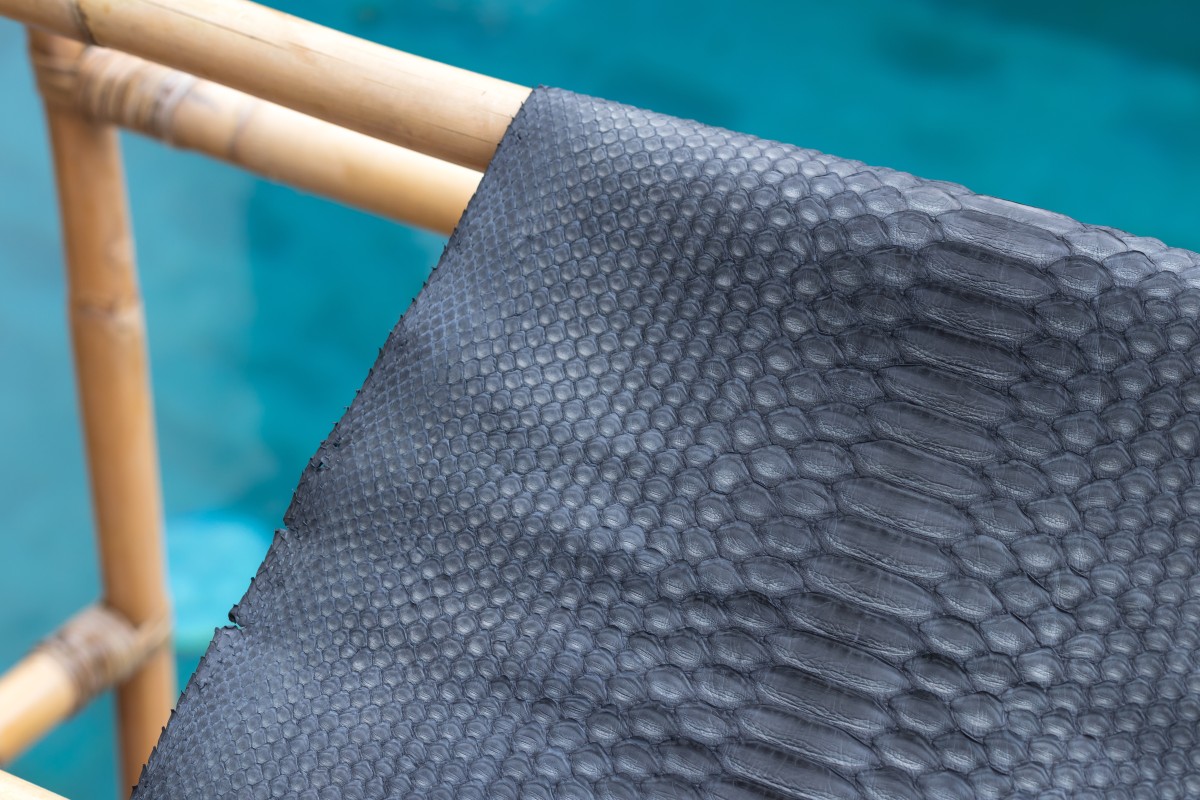 This list includes the first official ratings for all the different types of exotic skins we offer. It is effectively a report card, assessing how each species performs in the categories we established to grade ethics and sustainability. We are constantly working with our suppliers and other industry participants to improve in these categories and we will update the ratings over time as things progress.

We understand that everyone values things differently so this should be a good tool for you to evaluate the things that matter to you, as you make your purchases of exotic skins from us. It is important to note that these ratings only apply to our supply chain. We cannot speak to how others source their exotic skins.

It is important to note that these ratings only apply to our supply chain. We cannot speak to how others source their exotic skins.

To discuss our exotic skins and leathers, reach out to the PanAm Leathers team today. We’d love to discuss our process and products with you.